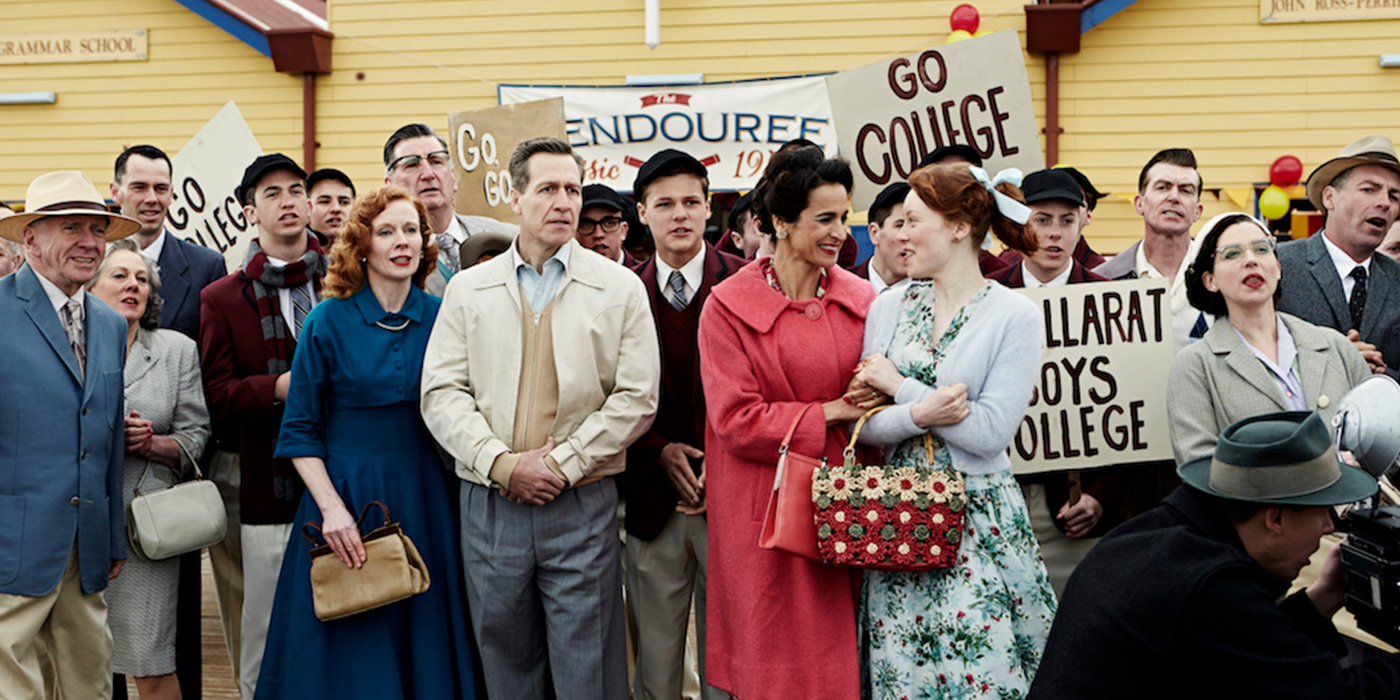 If you’ve been living under a rock {like me} then you may not know who Dr Lucien Blake is – to be fair I don’t watch a lot of TV. To catch you up, The Doctor Blake Mysteries is an Aussie made ‘who dunnit’ tv series set in the regional Victorian town of Ballarat; starring Craig McLachlan and Nadine Garner. Enough about the show, I’m sure you know what it’s all about and on to the big news.

Opening soon, is an exhibition for all things Doctor Blake at the Ballarat Gold Museum. The exhibition will run from the 11 April through to 3rd September and will feature costumes, fabric swatches, set sketches and props from the show and the general how’s and what’s of bringing the show to life in Ballarat.

The most exciting parts for me, are the panel discussions with the costume designer and the script writers {dates and times below}. I love this stuff. I love getting inside the brains of other creatives to see their vision and how they brought about, finding out about their process and learning tips I can apply to my own.

I’m fascinated by how tv shows like this get made. So many little details go into creating such a production, from the production design, cinematography, hair and makeup, costume design. Seeing how it all gets done sparks my creative soul.

For the full details, see the below media release.
All the info: 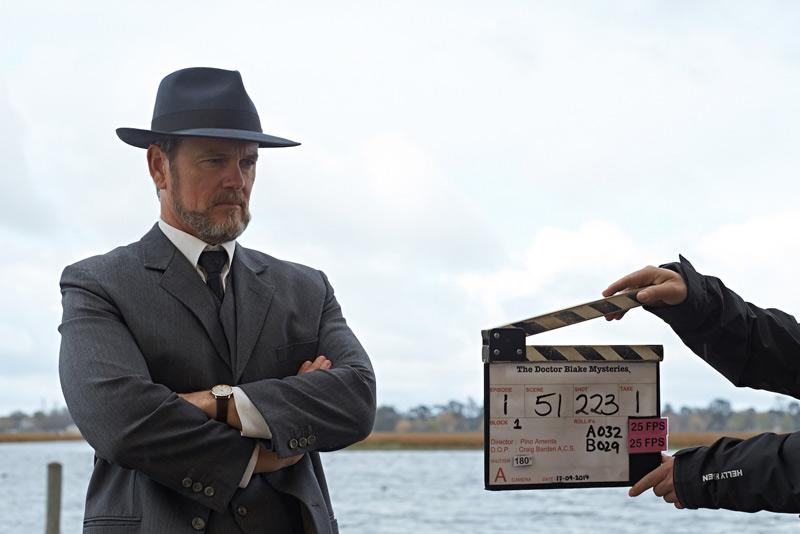 A new exhibition of ABC and BBC series, The Doctor Blake Mysteries, designed by the show’s own production designer, Carrie Kennedy, and curated by the Gold Museum, will run at Sovereign Hill’s Gold Museum in Ballarat from 11th April – 3rd September.

From vintage costuming worn in the show to Dr Blake’s 1937 ‘Blakemobile’, the exhibition, titled ‘Doctor Blake’s Ballarat’, will celebrate the international success of the hit television series, set against a backdrop of Ballarat’s most visited locations.

“The Doctor Blake Mysteries has been an international success story, shown in more than 130 countries, and has helped to put Ballarat on the world stage,” says Jeremy Johnson, CEO of Sovereign Hill. “The exhibition offers visitors a real glimpse into the world of this beloved television series.”

The exhibition, presented in conjunction with December Media, will consist of two parts; ‘Cast and Crew’, providing a sneak peek behind the camera of everyone involved in bringing the series to life; and ‘On Location’, looking at the Ballarat locations involved in the show.

Cast and Crew – will provide a glimpse into the people and props involved in the Production Design, Cinematography, Hair and Make-up, and Costume Design.  Featuring eleven of the Doctor Blake costumes, as well as images, fabric swatches, set sketches, and props, this section of the exhibition will show how the series comes to life.

On Location – this section of the exhibition looks at how the show uses historical Ballarat locations to set the story, how the show has showcased Ballarat to the world, and how locals have embraced the series. Props and photography will showcase several Ballarat locations, including Lake Wendouree, the Ballarat Art Gallery, Ballarat East Fire Station, the Old Colonist’s Club, as well as events like the Begonia Festival.

Other exhibition highlights will include:

Highlighting the unique way that the series showcases Ballarat, the exhibition will provide a history lesson of what Ballarat was like during the Doctor Blake era.

In a unique ‘Meet the Makers’ series of public events, visitors will also be able to meet the creative team behind the Dr Blake series. George Adams, the Series Producer, as well as some of the writers and costume designers will provide a real insight into the magic of creating a successful television show.

Visitors will also be able to see interviews with crewmembers, historical footage of Ballarat locations, and iconic scenes from the show.

“This exhibition will allow visitors to truly immerse themselves into the exciting world of Dr Blake. Fans of the series are going to love the exhibition, but so too will anyone interested in fashion, the creative television process, as well as touring groups,” says Jeremy.

The Doctor Blake exhibition will run from 11th April – 3rd September at Sovereign Hill’s Gold Museum. The Doctor Blake Mysteries series, starring Craig McLachlan as police surgeon Dr Lucien Blake and Nadine Garner as his housekeeper Jean, has been an incredible success, with the fifth season returning to the ABC later this year.